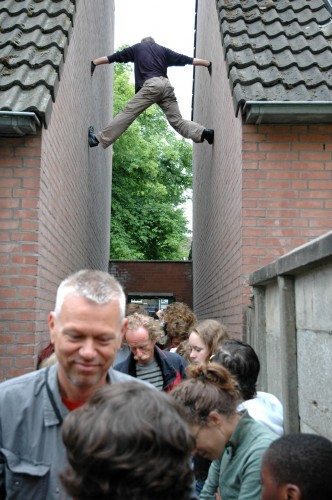 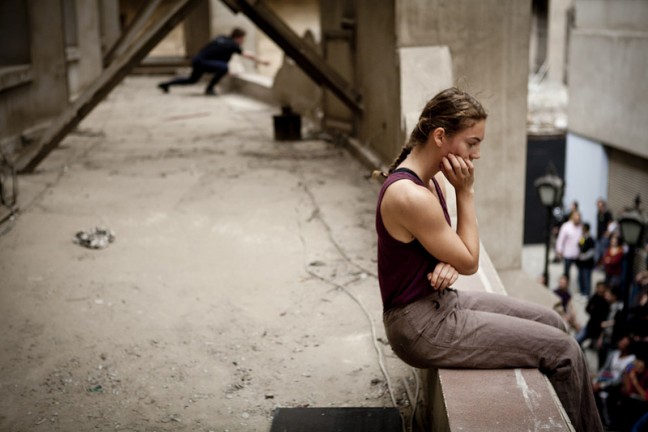 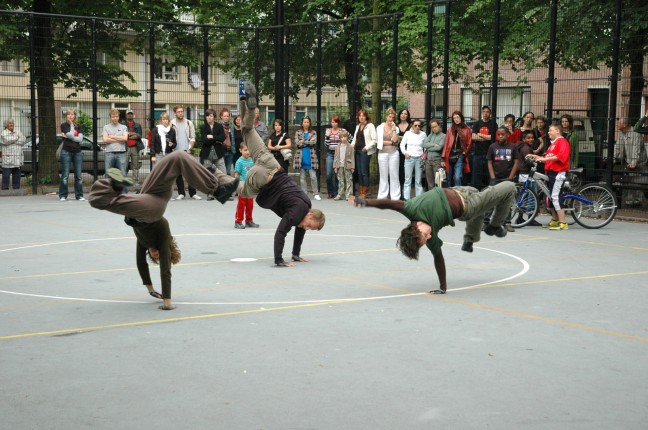 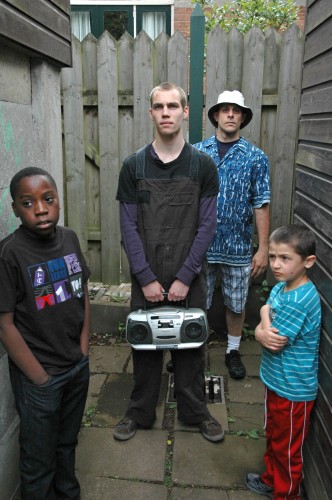 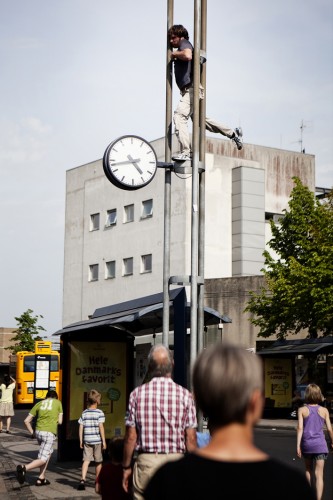 In ‘Murikamification’, Erik Kaiel shares his unique style of public space performance. From the subways of Montreal to the alleys of Africa to the streets of Europe, his performers evoke dream worlds, layering them upon ordinary urban space.

This work invites audiences to step into the daydream that unfolds before their eyes. Using the magical, surrealistic stories of Haruki Murakami (JP) as a source of inspiration, Kaiel creates an intensely physical and absurd performance trail. In each new city, the work is adapted to the local context. In each version of ‘Murikamification’, a diverse and curious audience is overwhelmed by surprising scenery in the streets of the(ir own) city.